Bungie rolled out an update for Destiny’s companion app for Android, iOS and the web today that makes managing your in-game inventory a lot easier. Using the app, players can now swap items from their Vault between their characters on the fly, making it much less time confusing to, say, move your Ice Breaker around. 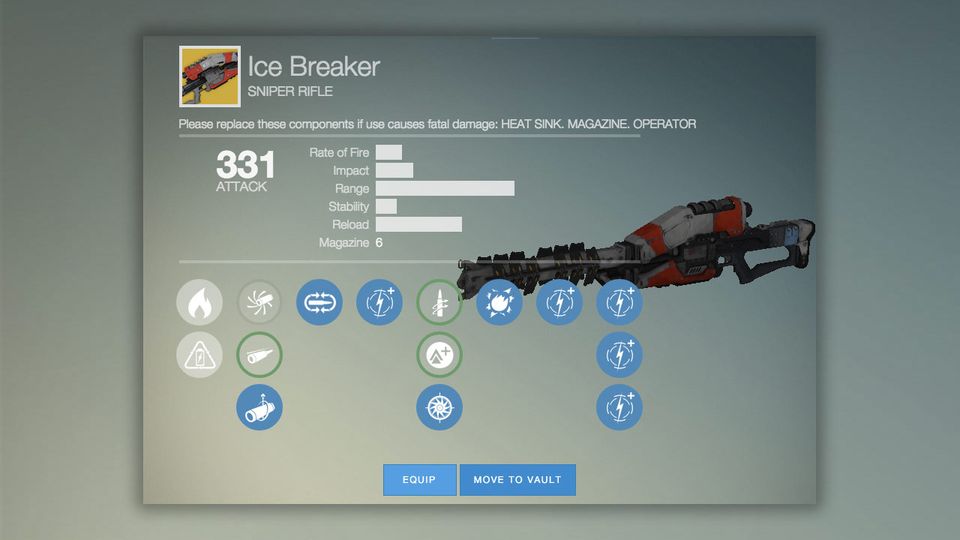 Bungie’s Chris Gossett envisioned a few scenarios in which that new addition will be particularly helpful. “Oops, you’re halfway through the Daily Story Mission and realize you need that Fusion Rifle with Void,” Gossett said. “No worries, it’s just a couple clicks away.”

Or maybe you’re “on the bus and want to manage gear between a couple characters. Use the app to move stuff around and jump right into the action as soon as you get home.”

Today’s Bungie weekly update also has details on a new type of multiplayer feature: Inferno playlists. The new playlists, which hit the Crucible on March 3, changes how some Control games work by removing the tracker that shows the location of nearby enemy players. Inferno playlists also have simplified scoring in an effort to emphasize kills and objectives. There’s less heavy ammo in Inferno, as players will only get one drop per match and dead players won’t drop heavy ammo bricks. Finally, in Inferno Control games, capture points are captured faster.